As I stood outside the school gates this morning I heard one of the schoolchildren remark, ‘it’s cold and wet because it’s Friday the 13th, this is supposed to a bad day’.

What lies do our children hear every day – from friends, from TV, from the internet? Our children and families need an awakening to the awesome reality of the wonderful, loving, supernatural, power of God!

Knowing the truth that today is a good day, we thought that it was appropriate to release the following prophetic dream that a 10 year old child described to us at the beginning of this year, 2013.

We interpret this dream to mean that a children’s revival is coming, that the Queen is deepening her connection with God, that Prince Harry is going to encounter the saving truth of the gospel, and that this children’s revival will spread across Europe, Russia, Asia – and to adults and extended families.

1. The children’s journey to the palace

In my dream I was surrounded by thousands of Christian children who were all my friends. There were no adults. We were on a journey and were going to do a ‘Bible School’ for under-20s. When we reached our journey’s destination it was the ‘Queen’s palace’. We had arrived right on the doorstep of the palace.

I seemed to be the leader of the group so I knocked on door, with a Bible in my hand. Strangely, Queen Elizabeth II herself answered the door. I remember asking her, ‘Can my friends and I do a Bible school in your palace for thousands of kids who all love each other and love Jesus?’ She replied, ‘I can’t believe you’re asking this – Yes, of course, of course! Come in!’ We followed her in to the palace…

Our ‘Bible School’ lasted two weeks and took place in a large conservatory in the palace. All the children camped in tents in the conservatory at night. The Queen sat and listened to it all. We had Bible studies, Bible scene dramas, discos, parties and so much fun with the Queen, who was wearing a pink, shiny, luminous dress!

We also played in the palace swimming pool, where the Queen specifically asked us to baptise her. For this, all the children (who were aged from 0-20) held hands in a circle round her swimming pool. Two older boys baptised her. Remember, there were no adults (except for palace servants – the butler, the maids and the cooks – who were all working) – oh, except Prince Harry.

Prince Harry would repeatedly walk around the children when we were doing our Bible sessions (which the older boys were teaching at). Everyone was a bit suspicious of Harry. Every once in a while he would whisper in Queen’s ear but she would just ignore or dismiss him. Then one day he sat down in the corner on a chair and began reading an invisible book with no title. He would sit through the night, turning the pages of invisible book. We thought this was really strange. When he was confronted by the children in the morning he said two words, ‘Bible. Spiritual’. That was all he said to us. We had to work out that the two words mean that the invisible book he was reading was the Bible and that he had begun to read it with his ‘spiritual eyes’. We were all so surprised that Prince Harry and the Queen believed in God and that we got to baptise them! ‘It was unbelievable!’

3. Through a gateways into a new land

Inside the Queen’s conservatory there were lots of trees and plants, going the whole way round the windows. We played a game of ‘prayer-hide-and-seek’, with the under-10s hiding amongst the huge conservatory plants, whilst the Queen and the older ones got to ‘count’ [/fusion_builder_column][fusion_builder_column type=”1_1″ background_position=”left top” background_color=”” border_size=”” border_color=”” border_style=”solid” spacing=”yes” background_image=”” background_repeat=”no-repeat” padding=”” margin_top=”0px” margin_bottom=”0px” class=”” id=”” animation_type=”” animation_speed=”0.3″ animation_direction=”left” hide_on_mobile=”no” center_content=”no” min_height=”none”][this unusual game seems to have involved the children praying for ten seconds instead of counting to ten]. When we had finished praying we went to find the other kids – but the younger ones had all disappeared and couldn’t be found. They were nowhere to be seen. No joke!

One young boy (who did remain because he had wanted to ‘count’ with us) helped us wander through the plants, looking for the children. He put his foot through the glass of the conservatory, without breaking it. It was like an invisible door that us older kids couldn’t get through because we didn’t believe in what was through there. So the young boy put one foot through into the other world to show us how to get through. Eventually us older kids followed his example and stepped through. We had to keep chanting, ‘Believe! Believe!’ because we hadn’t believed at first.

We had entered a new land. In distance, between the mountains was a ‘rich and royal gateway’. The young children had gone through this gateway and back to their parents in the UK. Us older children went through but found ourselves back in front of the palace. It was weird. Some kids complained that we’d gone through one door just to get back to the front door! But others of us said, ‘it must have been a gateway to something – God must be showing us something’. We didn’t know what to do so we asked God and He told us one word: ‘Trek’…

So we began a long trek home through Europe… at one point on the outskirts of France we lost our maps and compass (the boy carrying them tripped on a stone and dropped them into water) but we felt we should keep on going forward. But the weird thing is that instead of arriving in UK we went whole way through Europe and around Russia, Asia and China. We only had one tent for all the children… about fifteen of us. It was cramped and the trek was not really a nice experience. Eventually we arrived at the UK border after going all this distance and ‘crossed the bridge seperating France and England’. Those who lived in England, Wales, went home as we went up through the country, with the rest of us keeping going until we got back to Scotland…

5. Back home – and then the boat back again

When I got back to my home town in Scotland I was the last one left and I was walking alone, exhausted. I got to within a mile of home and collapsed, asleep on the pavement. Next morning someone picked me up and put me on a boat. When I woke I realised it was my mum who had picked me up. All my family were on board and we were heading right back to the Palace that I’d just come from! My mum walked us right up to the door of the palace…

6. Salvation and baptisms of whole families

Now all the original children were back in front of the palace – this time with their non-believing parents, grandparents with them. The Queen answered the door and invited them all in. The palace was empty but I declared an atmosphere of God’s joy – and at this a stampeding army of all the children and their families flooded the conservatory, shouting, ‘We’re here to have a Holy Party!’ A worship ‘disco’ began – everyone was now singing ‘Hallelujah’, including those who’d been non-believing family members. ‘I couldn’t believe my eyes!’
This celebration lasted four weeks. There was so much fun and baptism for all the new believers. After the four weeks, everyone left and went home, trusting in God’s strength and guidance.

When my family and I got home we invited everyone who had been at the palace to come to our own little house ‘to have a feast and celebration of the wells that had been broken open during the four weeks’. The Queen and Prince Harry arrived, in fancy dress, to join in ‘the celebration of a lifetime’. People got so carried away with ‘loving Jesus’ and slept in tents in our back garden. There were 1,000s of tents in our garden for ten weeks. ‘Everyone was breaking wells open, loving the Lord and having fun and helping the Queen love the Lord‘.

‘I think this was my favourite dream ever!’ – This dream was received by a ten year old child in January 2013.

[fusion_alert type=”general”]The above dream was written down verbatim as the child described the dream. We have made some minor edits to condense and to protect identities but have retained all the key points and phrases as they were originally spoken.[/fusion_alert 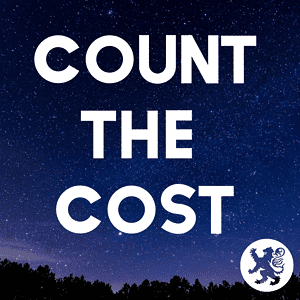 My people, do you own up to being my follower?... 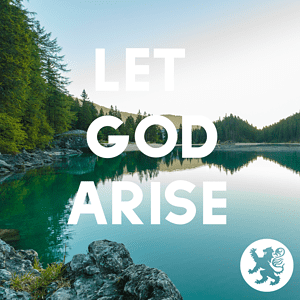 You are dead!  You surrendered your whole life to me. ... 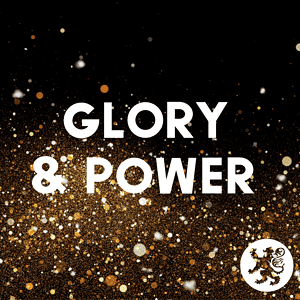 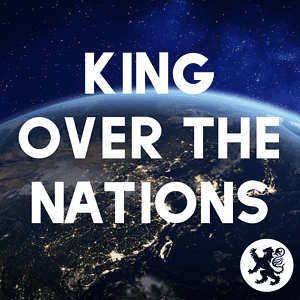 “Why do the nations plot in vain? Why do the...